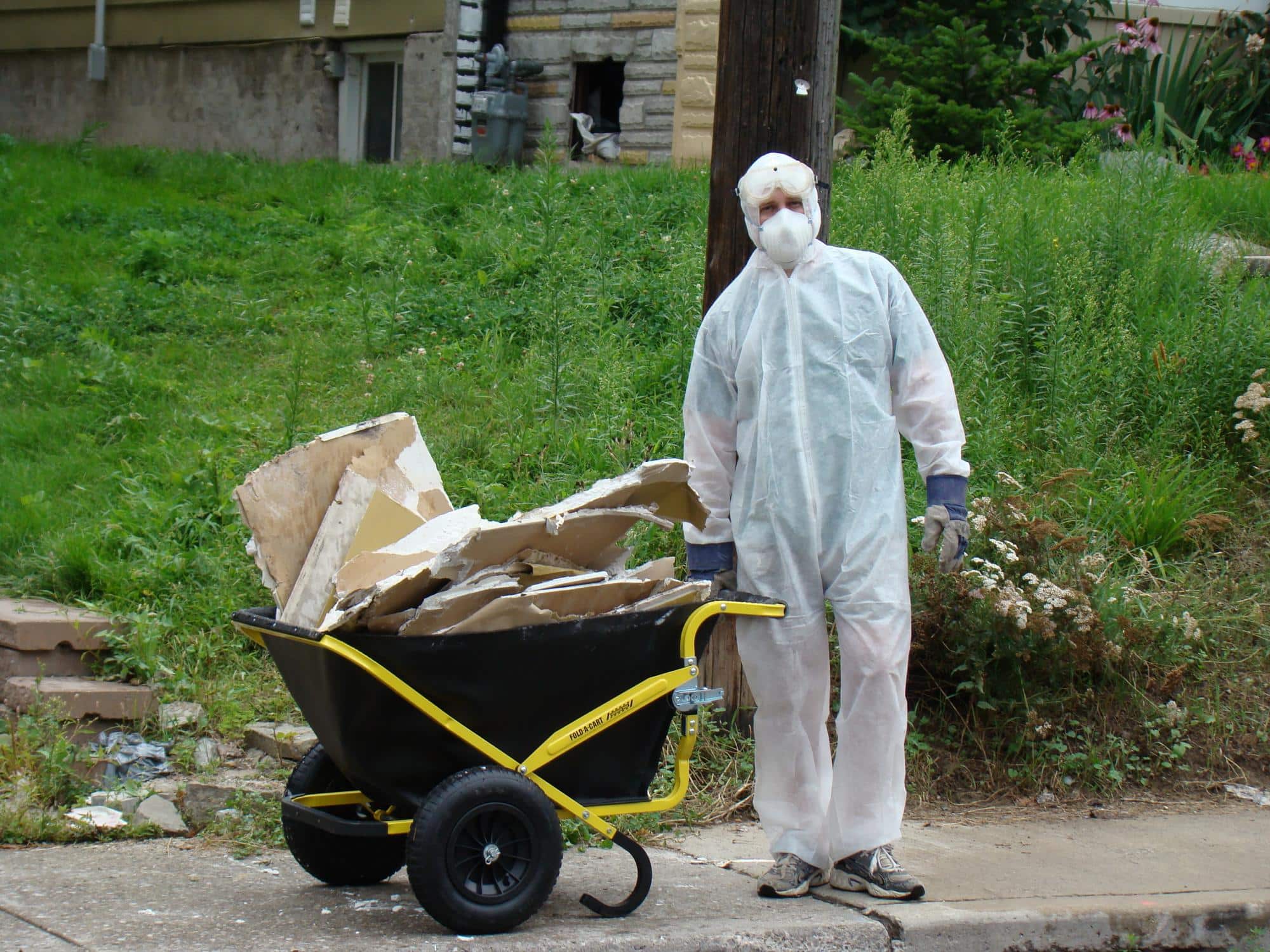 Asbestos was a common building material, but has been known for some time to cause serious lung conditions, including cancer, if the fibres are released and breathed in. This is a real problem, as asbestos is present in many older buildings, and can be disturbed when decorating or doing DIY for example. If you’re worried there may be asbestos in your building, we can carry out an asbestos inspection to check, and then talk through your options to remove the asbestos safely and at a good price. Get in touch today.

Asbestos is a naturally occurring fibrous mineral which can be made into a fluffy material. It is extremely resistant to any sort of heat or degradation, and won’t set on fire, which made it a common building material for many years. However, if asbestos fibres are released and breathed in, it can be extremely dangerous, causing lung cancers and asbestosis, among other conditions. If you have asbestos in your home or business property, and disturb the fibres - for example, when redecorating - this can cause health problems. Call in our team at Rubbish Removals Service Manchester if you think there’s asbestos in your property.

The first step we are likely to take is to complete an asbestos inspection, and if necessary, take samples to check for the presence of asbestos in the building materials. Our trained contractors at Rubbish Removals Service Manchester are able to do this efficiently and using professional equipment to keep themselves and your family perfectly healthy safe during the process. If we find that there is asbestos in the building, we can discuss your options for removal and provide a free no obligation quote for you to consider. 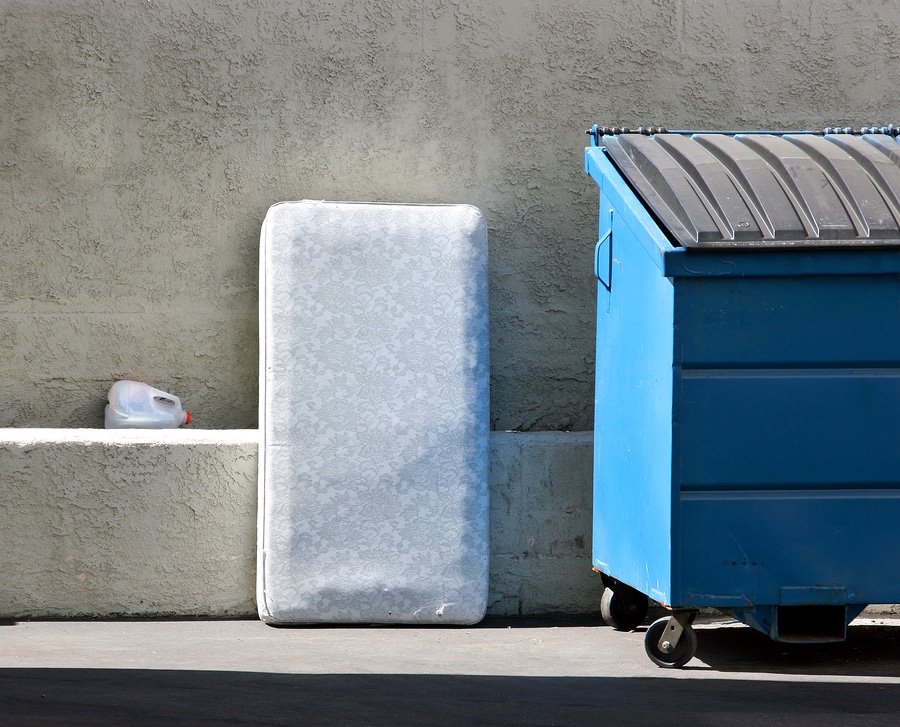 Our team at Rubbish Removals Service Manchester are among the best in the business for asbestos removal here in Manchester. We work with individual customers, but can also provide house clearance and  asbestos removal for commercial and public facilities, such as schools and health care facilities. We are experienced in working with old and listed buildings, and can remove asbestos safely without causing unnecessary damage to the building. For more information and to get a free no obligation quote, you’ll find all you need on the contact page of this website.

Can I remove asbestos myself?

It can be extremely dangerous to attempt to remove asbestos without professional equipment and knowledge. The consequences of breathing in the asbestos fibres are very serious, including a wide range or lung diseases and aggressive forms of cancer. If you remove this material on your own, it not only puts you at risk, it can put others at risk too if you don’t dispose of it safely, as the fibres can continue to be released after removal It is simply not worth it. Call us to help, instead.

Why is Asbestos Dangerous?

Although asbestos has several advantages, most of which are outweighed by its numerous health hazards that can end up being fatal.

When asbestos is damaged or disturbed, it emits clouds of poisonous fibres that, when inhaled, can cause lung cancer as well as mesothelioma. In addition to this, lung scarring known as asbestosis is another health hazard posed by the substance.

Every day, approximately 3,500 people die from asbestos-related illnesses. After exposure, there is a latency period of anything from 10 to 60 years before symptoms appear. People must be aware of this issue, and Rubbish Removals Manchester provides services that can assist with it.

The first reported asbestos-related death took place in 1906, although strict restrictions on exposure to the material did not emerge until 1969. It was only in the 1970s that asbestos' potential dangers were discovered, and after a number of reform processes, it was finally banned in 1999.

The use, export, and import of asbestos are all illegal throughout the whole United Kingdom.

Why Was Asbestos Used In Manchester?

The popularity of brick, particularly in the region where it was made, is evidenced by a 1770s earthenware tile depicting a builder's yard. It was simple to dig, transport, and utilise this material, and its usefulness convinced contractors and builders across the country, including Manchester.

Many cities were destroyed by continuous bombing attacks during the Second World War. As a result, local governments were forced to rebuild numerous schools and colleges, as well as hospitals, libraries, and private homes in an attempt to assist the nation recover quickly from the war during the 1950s and 1960s.

Asbestos, being adaptable and inexpensive, was employed during this transition, allowing the local authorities to rapidly repair damaged infrastructure, reducing the interruption of essential services. Building firms and private property owners all took a similar approach and happily embraced asbestos in the booming era.

What is asbestos removal?

After the asbestos ban, local governments, contractors, and businesses were compelled to forbid this material. After the asbestos ban was announced, people were pressured into avoiding the material because many public buildings and places of sociability prohibited it. Furthermore, homeowners and private landlords began testing for asbestos in order to ensure that their properties met the changing laws and rules.

In other words, the asbestos-removal business may be considered a public service action. Asbestos clean-up might appear to be complicated, but businesses like ours at Rubbish Removals Manchester are dedicated to providing the highest level of customer service. We have an HSE license for comprehensive asbestos removal, which is audited by the Health and Safety Executive (HSE) and covers all aspects of asbestos reduction/removal.

Although some individuals may wish to do asbestos abatement on their own to save money, they must realise that the material is highly hazardous, therefore they should hire a professional firm to perform the task safely and correctly.

Don't be tempted to take care of your own asbestos removal! Consider the situation carefully before hiring a professional crew, like our asbestos experts, that has many years of experience.

We understand that the rules about asbestos have changed considerably in Manchester and are eager to assist you achieve safe working conditions.

Give us a call now and let us worry about the rest!